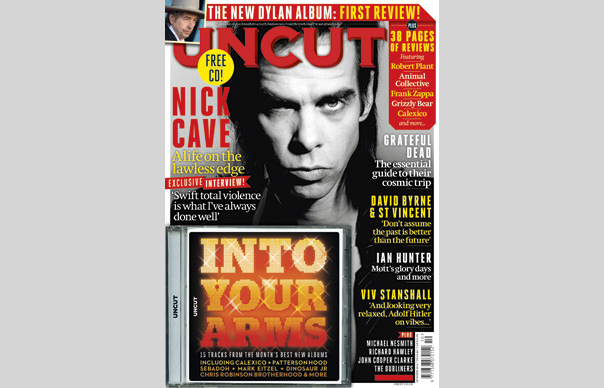 Cave is on the cover, and inside there’s an exclusive, extended interview with the songwriter about the screenplay and soundtrack for new film Lawless, the future of the Bad Seeds and his exceedingly short-lived acting career.

Elsewhere, we look at the making of John Cooper Clarke’s “Beasley Street”, the Grateful Dead’s cosmic journey is chronicled through their live albums, and the revolutionary tale of The Dubliners is told.

Films including Lawless and Looper, DVDs such as The Monk and Produced By George Martin, and books including Mike Scott’s Adventures Of A Waterboy, are also reviewed.

The new issue is out now.