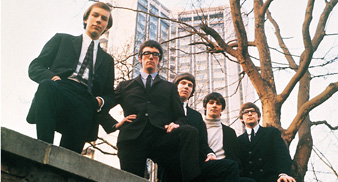 The Zombies are to release a live version their landmark psychedelic album, Odessey & Oracle this month (June 30).

The double CD is a live recording of the band’s performance at Shepherd’s Bush Empire in March this year.

All five original members took to the stage to perform songs like ‘Care of Cell 44’, ‘Time of The Season’ and ‘She’s Not There’.

The Zombies are currently on tour with The Yardbirds and will play at the Rhythm Festival on August 31, along with classic rock artists like Jefferson Starship and Richie Havens.

The band will also perform a homecoming gig in St Albans.