The Who To Play This Year’s Glasto? 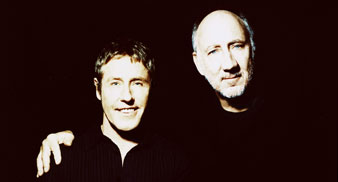 Pete Townshend has let slip in a radio interview that The Who could be set to play this year’s Glastonbury festival.

Speaking to Xfm, the band’s guitarist Townshend said that he was hopeful the band would be booked for the Somerset festival.

Townshend added cautiously, “I don’t know if we’re allowed to say. But let me put it this way, I think they want us to do it, and we want to do it. So we shall see. I think it’s about whether or not they’ll give me space to park my tent.”

Last night (January 23) Townshend and Daltrey picked up a South Bank Show award on behalf of The Who, in recognition of the band’s “Outstanding Achievement” in British popular music.

The Who have been making music for more than 40 years.

The awards, hosted by presenter Melvyn Bragg, aim to recognise British cultural success in music, film, and the arts.

The ceremony will be broadcast on ITV1 this Sunday (January 28).