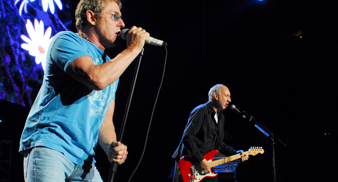 The Who‘s Pete Townshend is to give the first John Peel lecture at the end of this month.

The lecture, which will be given in Salford as part of the Radio Festival, is set to become an annual event given by a different music figure every year, reports BBC News.

Townshend is set to speak at length on how musicians can survive in the age of free downloads, with the lecture formally titled ‘Can John Peelism survive the internet?”

The guitarist has said he was “honoured” to be asked and said: “John didn’t just listen to music, he played it on air and let his audience decide. He was a listener first, and an activist second, and I am happy to have a chance to honour him and examine how his legacy might extend into the future.”

Townshend is currently preparing for the release of his long-awaited memoir Who He? He has been writing the book for over 15 years and was cautioned by police in 2003 during its writing after accessing child pornography on the internet. When questioned by police about the material he cited researching for the book as his reason for doing so.