The double LP was recorded in Brazil in 2005 and comes with DVD footage... 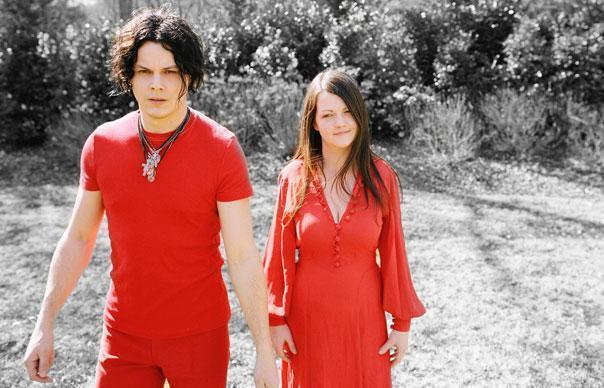 A never-before-released White Stripes live album and DVD is set to be released.

The package will focus on the band’s 2005 tour of South America and come as part of the Third Man Records subscriber-only service, The Vault. It will include the double LP Under Amazonian Lights, which was recorded live in Manaus, Brazil on June 1, 2005, as well as a DVD featuring footage recorded at the gig at Teatro Amazonas Opera House.

Scroll down for the LP’s tracklisting, which includes a cover of Bob Dylan‘s “Lovesick Blues”. A press release about the show reads: “Words do not ably describe the beauty of the Teatro Amazonas nor the furor riled up by the White Stripes appearance. Not only was there fear that the amplification of the band would cause the plaster in the building to crack and possible fall and injure attendees, but out of custom/fear/lord-knows-what the crowd remained seated until being explicitly asked to stand from the stage by Jack White himself. If that wasn’t enough, during the show Jack and Meg ventured outside the venue to play an entirely unamplified version of “We Are Going to Be Friends” for the assembled multitude of fans unable to purchase tickets and watching the performance via closed-circuit feed.

It was recently announced that Jack White will be headlining this year’s Coachella Festival in California. The event takes place across two weekends in April.

The Under Amazonian Lights tracklisting is: