The Stranglers To Appear At Liverpool Pops Festival

The new wave rockers return to the city after 30 years, plus Blondie to play 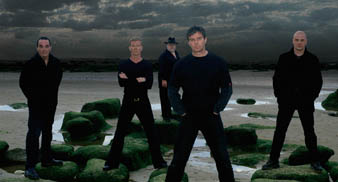 The Stranglers have been confirmed as one of the headline acts for this year’s Liverpool Summer Pops festival, with the new wavers set to perform on July 22.

The band’s JJ Burnell said: “As a band we may have seen many changes in our career over the years but we can guarantee you, there’s plenty more yearsinblack!”

Blondie have also been announced as support to The Stranglers and frontwoman Debbie Harry is looking forward to performing, saying: “Liverpool is a great city, we can’t wait to be back.”

Tickets for The Stranglers and Blondie go on sale this Wednesday (April 2) at 9am.

All other Summer Pops shows are on sale now. Details of artists confirmed so far are below.

Tickets and more line-up info is available by clicking here for www.accliverpool.com