The story behind Bob Dylan’s Bringing It All Back Home cover revealed! 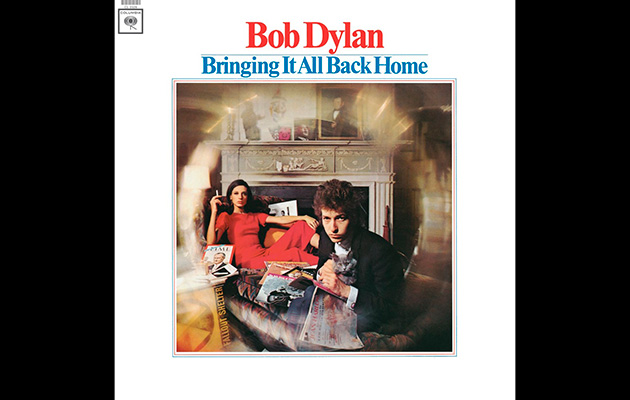 The sleeve art for Bob Dylan‘s Bringing It All Back Home is the subject of a new documentary, which you can watch below.

The documentary has been made by PopSpots, who explore locations where interesting events in the history of Pop Culture took place; this new film anticipates the release of Dylan’s upcoming The Cutting Edge 1965–1966: The Bootleg Series Vol. 12, which contains material from the album.

The documentary features an interview with photographer Daniel Kramer, who shot the sleeve at the house of Albert Grossman, Dylan’s manager.

Rolling Stone reports that this documentary will be followed by films focussing on the artwork for the other albums included in this latest installment of Dylan’s Bootleg series – Highway 61 Revisited and Blonde On Blonde.

The deluxe six-CD anthology The Cutting Edge 1965–1966: The Bootleg Series Vol. 12 – which can be pre-ordered from Amazon.co.uk by clicking here – will be released by Columbia Records/Legacy Recordings on November 6, and features previously unheard songs, outtakes, rehearsal tracks and alternate versions from the sessions. All the recordings have been mixed from the original studio tracking tapes. The set includes an annotated book featuring rare and previously unseen photographs, memorabilia and new essays written by Bill Flanagan and Sean Wilentz.