The Stone Roses set to reform for 2012 gigs? 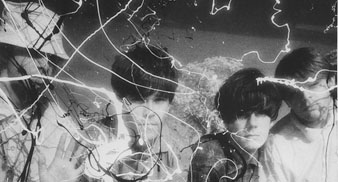 The Stone Roses are rumoured to be reforming for two hometown gigs next year.

Numerous online news outlets and Twitter feeds are reporting that the Madchester legends will announce their reformation on Tuesday, 15 years after they split in 1996.

A major music PR has called a press conference in London on Tuesday to make a “very important announcement”, without stating which band or musician it relates to. According to NME, the PR has refused to either confirm or deny the name of the artist in question.

The reports come six months after The Sun reported that singer Ian Brown and guitarist John Squire had “buried the hatchet”, paving the way for a comeback. The story was hinged on the pair meeting at bassist Mani’s mum’s funeral, the first time the pair were believed to have met since 1996.

Mani subsequently refuted the reports, calling them “total fantasy island gear” and said that he was “disgusted that my personal grief has been invaded and hijacked by these nonsensical stories. It isn’t true and isn’t happening.”

Back in June, Squire also dismissed rumours of a reformation, commenting that the idea of bands reforming for a cash windfall was “tragic”.