The Stone Roses are just ‘a couple of songs’ into new album, says Suede’s Brett Anderson

The Stone Roses have written two songs for their long awaited new album, according to Suede's Brett Anderson. 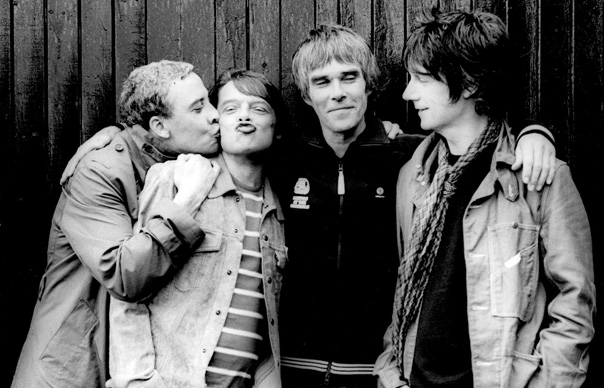 The Stone Roses have written two songs for their long awaited new album, according to Suede’s Brett Anderson.

Anderson, who is soon to release a comeback album with his own band, revealed to NME that he had some inside information on the Manchester band’s progress. “I spoke to Mani a couple of months ago,” he said. “I saw him at a party, and he said they’d written a couple of songs.”

The Suede frontman added that he is interested in hearing what the Roses come up with. “I’d love to hear some new stuff from them. They were a really special band and I’ve got a lot of goodwill for them. It’ll be nice to hear. Whether it’s soon is another matter.”

The Stone Roses, who originally split up in 1996, reunited last year and undertook a globetrotting reunion tour in 2012, including three sold-out gigs at Manchester’s Heaton Park and a series of festival headline sets.

When the band reunited they signed a new two-album deal with Universal Records, but debuted no new material in their live sets last year.