The Stone Roses and Bjork to headline Øya festival 2012 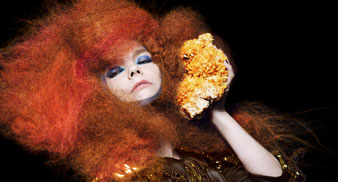 The Stone Roses and Bjork have been announced as the first headliners of next year’s Øya festival.

The Manchester legends and the Icelandic singer will top the bill of the Norwegian bash, which takes place at Oslo Middelalderparken from August 7 – 11, 2012.

Rapper Azealia Banks has also been confirmed for the line-up, as well as the likes of Norwegian acts including Ane Brun, Jonas Alaska, Sudan Dudan and The Good, The Bad and the Zugly.

It’s set to be a busy summer for The Stone Roses, with the band confirmed to play festival slots at Spain’s Benicassim, Scotland’s T In The Park, Japan’s Fuji Rock Festival, Denmark’s NorthSide and Sweden’s Hultsfred. They will also play three huge homecoming shows at Manchester’s Heaton Park on June 29, 30 and July 1, which sold out just over an hour after going on sale.

To find out more information about the festival and for tickets, go to Oyafestivalen.no.

The line-up for Øya festival so far is as follows: