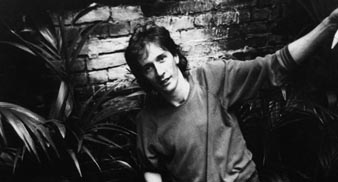 The guitarist, who had been diagnosed with inoperable lung cancer earlier this year, succumbed to his illness this morning, whilst at home in Uxbridge.

Fox has been in semi-retirement for many years, but in 2006 decided to tour in the UK and Europe as Foxy’s Ruts, with his son Lawrence on drums.

A benefit show was organised for Fox after his diagnosis in May this year. Artists from the UK punk scene who Fox had worked and been friends with over the years all turned out for the gig; including The Damned, Misty in Roots, the UK Subs, Tom Robinson, John Otway, Splodge and TV Smith.

It was at this benefit show, that the surviving members of The Ruts performed together for the first time in 27 years. Former Black Flag member Henry Rollins stood in for the bands’ late Malcolm Owen who died of an overdose in 1980.

For more, go to the Ruts website here: www.clubska.com/www.humanpunk.com/index.html