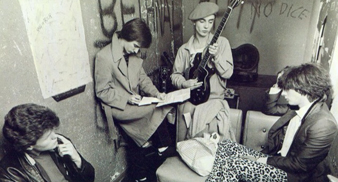 The Sex Pistols, Ultravox and Visage alumni will reunite at the O2 Academy, Islington. Tickets are £17.50 and can be booked through www.livenation.co.uk (all tickets subject to a booking fee).

Matlock and Ure will also play solo slots on the night, while New will also perform with his current band, Beastellabeast. Other guests confirmed include Mick Jones and Tony James’ Carbon Silicon, The Illuminations (featuring Clive Langer, Steve Allen and Ian Broudie), TV Smith from The Adverts, Viv Albertine from The Slits and Patti Paladin. Gary Kemp from Spandau Ballet is also scheduled to make an appearance.

The show will start promptly at 7pm