The Osbournes Named As Next Year’s BRITS Hosts

The rock couple to team up at the awards ceremony 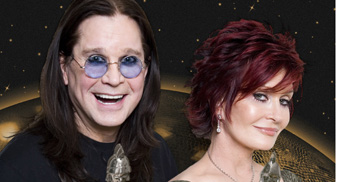 Ozzy and Sharon Osbourne have been named as the hosts for next year’s BRIT Awards ceremony.

The annual event is set to take place at Earl’s Court on February 20 and will be live broadcast on ITV 1 for the second year running.

The nominations for the 2008 awards are due to be announced at London’s Roundhouse on January 14. The launch will also be televised on ITV2.

Commenting on being next year’s BRIT hosts, the Osbournes said: “Ozzy and I have been asked to host many awards shows in the past but this is by far the most prestigious and meaningful, especially for Ozzy as it’s about the music. Ozzy and I are proud to be Brits and are both incredibly honoured to have been asked to help celebrate the best in music.’’