The latest trailer for Stephen Hawking biopic The Theory of Everything is soundtracked by The National's 'Heavenfaced'. The film follows the life story of the renowned astrophysicist who is played by Eddie Redmayne (Les Miserables). 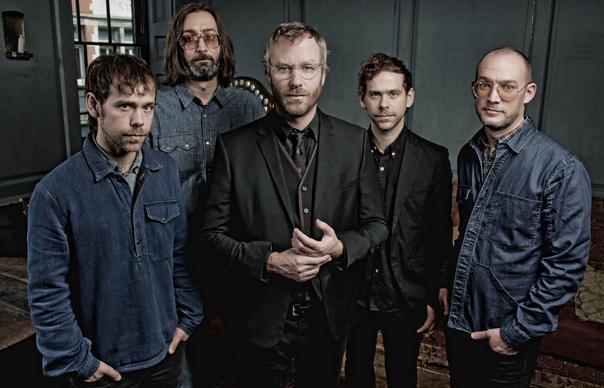 The latest trailer for Stephen Hawking biopic The Theory of Everything is soundtracked by The National‘s ‘Heavenfaced’. The film follows the life story of the renowned astrophysicist who is played by Eddie Redmayne (Les Miserables).

Directed by Oscar-winning documentary filmmaker James Marsh (Man on Wire) the film is based on the memoir ‘Travelling to Infinity: My Life with Stephen’, by Jane Hawking.

The film follows “the extraordinary story of one of the world’s greatest living minds” meeting the young genius when he falls deeply in love with fellow Cambridge student Jane Wilde played by Felicity Jones (The Amazing Spiderman 2).

The film’s synopis has revealed: “Little was expected from Stephen Hawking, a bright but shiftless student of cosmology, given just two years to live following the diagnosis of a fatal illness at 21 years of age.

“He became galvanized, however, by the love of fellow Cambridge student, Jane Wilde, and he went on to be called the successor to Einstein, as well as a husband and father to their three children.

“Over the course of their marriage as Stephen’s body collapsed and his academic renown soared, fault lines were exposed that tested the lineaments of their relationship and dramatically altered the course of both of their lives.

With Jane fighting tirelessly by his side, Stephen embarks on his most ambitious scientific work, studying the very thing he now has precious little of – time. Together, they defy impossible odds, breaking new ground in medicine and science, and achieving more than they could ever have dreamed.”

Hawking is the best selling author of ‘A Brief History of Time’ and has previously been played on screen by Benedict Cumberbatch in the 2004 BBC2 film Hawking.

The Theory of Everything is in cinemas January 1. Watch the latest trailer below.