12 tracks of demos, covers and B-sides 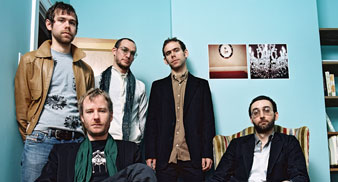 A new film about Brooklyn-based doom-mongers The National, including a bonus 12-track audio disc, The Virginia EP, is due for release in May.

“A Skin, A Night” – made by French filmmaker, Vincent Moon who has previously worked with REM and Arcade Fire – was filmed during the recording sessions for their fourth album “Boxer”.