The Make-Up reform to play ATP event in London 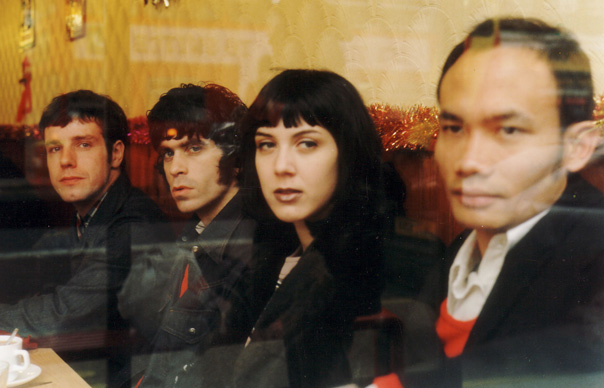 Cult garage soul band The Make-Up will reform in order to play this May’s I’ll Be Your Mirror event at London’s Alexandra Palace.

The band, fronted by Nation Of Ulysses‘ Ian Svenonius, released their last studio album, ‘Save Yourself’, in 1999. This was followed by a live album, ‘Untouchable Sound’, which was released in 2006, after their split. Following the band’s dissolution, Svenonious went on to play in Weird War with The Make-Up bassist Michelle Mae, and then fronted Chain And The Gang.

The reformation of The Make-Up is being billed as a UK exclusive. This year’s I’ll Be Your Mirror takes place between May 25 and 27, and will be co-curated by Mogwai and see sets from Slayer, Dirty Three, Mudhoney, Yuck and Melvins. The Make-Up play the final day of the event (May 27).

The current line up is below: