'Konk' goes on the road, including 3 nights at the Roundhouse 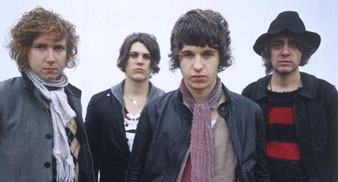 The Kooks have announced a brand new UK tour, to take place at the end of the year.

The Brighton-based band who recently released their second album Konk will play three nights at London’s Roundhouse as part of their nine-date tour, which ends at Blackpool’s Empress Ballroom.

Tickets for the new shows will go on sale this Friday (July 25), venues and dates are as follows: