The Kinks to reissue seven albums 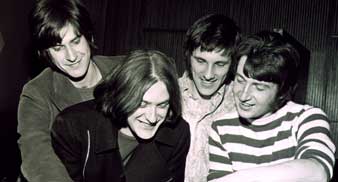 The Kinks are to reissue seven of their albums later this year.

The albums being re-issued first are 1964’s self-titled effort, ‘Kinda Kinks’ and ‘The Kink Kontroversy’, which both came out in 1965. They will be out on March 28.

Each of the albums will re-released as double CDs with added rarities, outtakes, demos, session tracks and in-depth liner notes.

In other Kinks news, frontman Ray Davies was recently [url=http://www.nme.com/news/the-kinks/53997]confirmed to curate London’s Meltdown festival[/url] at the Southbank Centre from June 10–18.