The Kinks’ Dave Davies: ‘I love my brother, I just can’t stand to be with him’

Guitarist quashes speculation that there will be a Kinks reunion 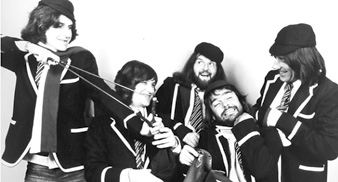 Dave Davies has played down any chance of The Kinks reuniting in the near future as his relationship with brother Ray is too fraught and difficult.

Ray had said in April this year that the pair were meeting up to talk about a Kinks reunion, but Dave has now suggested that the possibility of any such reformation happening is pretty remote.

Asked by the Daily Telegraph about the chances of a Kinks reunion, Davies said that he loved his brother, but could not be around him for very long.

He said of this and the band’s chances of reuniting: “How could I not love my own brother? I just can’t stand to be with him. About an hour with Ray’s my limit, so it would be a very short reunion.”

Dave also said that he did his best not to dwell on his time with The Kinks as it just depressed him.

He added: “I try not to think about those days. When I hear it on the radio, I get excited, until you think about the way things really were – the bad contracts, the arguments, beating people up, getting beaten up, all the shit. But, in the end, hopefully, it will only be the music that is left.”