The Jam Reunite… Sort Of 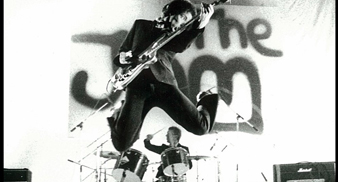 In an unlikely move, The Jam – well, two thirds of them – have announced they will tour for the first time in 25 years.

Bassist Bruce Foxton and drummer Rick Buckler have reformed the band for a 20-date UK tour, which starts on May 2 in the intimate Oxford Zodiac venue.

“Fans have been demanding that we play live for years,” said Buckler. “The songs mean so much to so many people.”

Foxton and Buckler have been writing new Jam material and plan to release a new studio album in the autumn. And even though original frontman Paul Weller will take no part in the shows, Foxton and Buckler are offering an olive branch. “Paul is always welcome to join us for the reunion, but until then, we’ve got a tour and a new album to do!” Foxton said.

The 20 live shows will be a mix of old and new. “We’ve decided to perform The Jam’s greatest hits – ‘Going Underground’, ‘Down in the Tube Station at Midnight’, ‘The Eton Rifles’, ‘Town Called Malice’ plus some of my own songs,” confirmed Foxton.

Bruce and Rick’s reunion also coincides with the band’s 30th anniversary and release of their debut album In The City, originally released in April 1977.

We won’t be holding our breaths for the trio to reunite proper, it is alleged that Weller has not spoken to Buckler in over 20 years – since the the split in ’82 when Weller dissolved The Jam to form The Style Council.

The Foxton-Buckler, Jam 30th anniversary tour dates in full are:

Tickets go on sale this Friday (February 23) at 9am.