Beth Ditto and co to play five shows next month! 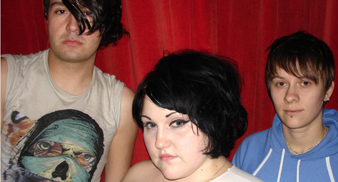 The Gossip are set to play five shows in the UK in May, their first live dates here since 2007.

They perform at Radio 1’s Big Weekend on May 10 before returning at the end of the month for four further dates in Brighton, London, Manchester and Glasgow.

The Gossip’s anticipated new studio album ‘Music For Men’ is set for release on June 22, preceded by a lead single “Heavy Cross” the week before (June 15).

The Gossip’s European Tour Dates are: