You can watch the video here; plus SMD to play first UK tour in May 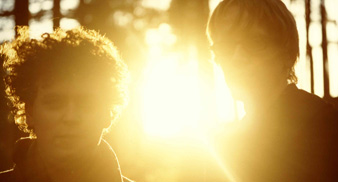 Simian Mobile Disco aka Jas Shaw and James Ford have announced details of their first UK tour in May, ahead of their debut album’s release on June 4.

The acid/house/rock duo whose previous credits include remixing and producing for artists such as The Rapture, Klaxons and Arctic Monkeys have built up a cult reputation through 12″ releases on labels like Kitsune and Click Click Bang.

The first single “It’s The Beat” features vocals from The Go!Team’s Ninja and is taken from their debut album for Wichita recordings “Attack Decay Sustain Release” and released today (March 26).

You can watch the video for “It’s The Beat” by clicking on the streams here:
lo / hi

The duo who have been honing their skils with a DJ set residency at London uberclub Fabric this year have also just announced that they will play the following venues with a full live set this May and June: