The Flaming Lips have unveiled their collaboration with Bon Iver, which is titled 'Ashes In The Air' – scroll down to the bottom of the page and click to listen. 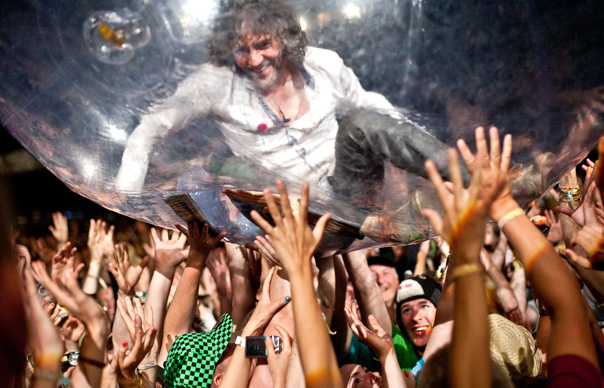 The Flaming Lips have unveiled their collaboration with Bon Iver, which is titled ‘Ashes In The Air’ – scroll down to the bottom of the page and click to listen.

The track, which sees the Oklahoman troupe team up with Justin Vernon, will feature on the band’s forthcoming Record Store Day release ‘The Flaming Lips And Heady Fwends’.

Yesterday (March 27), the band’s singer Wayne Coyne revealed that they will be using the blood of some of the star-studded contributors to the project in a limited-edition run of packaging. The list of collaborators on the record includes Nick Cave, Ke$ha, Neon Indian and Erykah Badu.

“I don’t have everybody’s blood just yet, but I collected quite a few vials of blood and it’s actually sitting in my refrigerator as we speak… I’m going to try to take that same concept and put little bits of everybody’s blood in the middle of this record. Like a glass specimen thing.”

Apparently Coyne has so far collected blood from Neon Indian, Prefuse 73 and Ke$ha. Only five or six blood discs will be made and, says the singer, will likely be bought by “interested rich Flaming Lips people”.