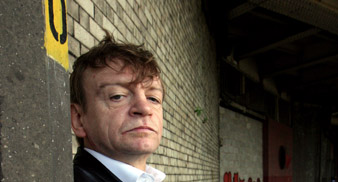 The Fall are working on a “Greek heavy metal” album, according to frontman Mark E Smith.

The singer said the record will be a departure from their 2010 record ‘Your Future Our Clutter’. It is expected to be released next year.

“[The new songs] are a lot heavier actually,” Smith told Thequietus.com. “We do this song and it’s… it’s like a Greek heavy metal group. We’ve rearranged the song and put totally different lyrics on it. It sounds really good. It’s like… well, I can’t describe it really.”

The band debuted new song ‘Greenway’ at their London Electric Ballroom show on Tuesday (November 23). The gig [url=http://www.nme.com/news/the-fall/53971]was picketed by protestors objecting to them playing a gig in Israel in January[/url].