The Eagles: upcoming world tour “very well could be our last”

The Eagles have revealed that their forthcoming world tour may well be their last, Speaking in London earlier today (April 25) ahead of the UK premier of their History Of The Eagles documentary at the Sundance London festival, the band opened up about their planned tour. 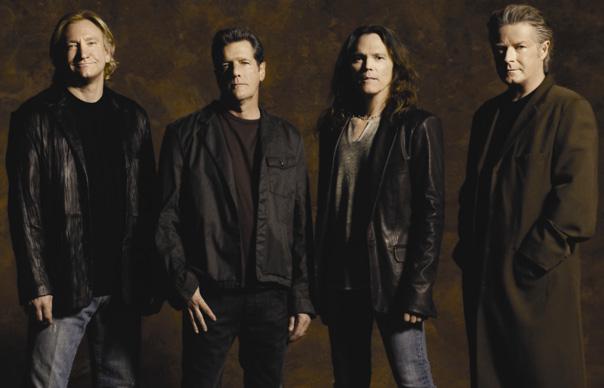 The Eagles have revealed that their forthcoming world tour may well be their last,

Speaking in London earlier today (April 25) ahead of the UK premier of their History Of The Eagles documentary at the Sundance London festival, the band opened up about their planned tour.

“We’re about to begin rehearsals next month for our world tour,” said Glenn Frey. “I don’t want to say it’s our last world tour, but it very well could be. That’s the only immediate plan. We’ve been working on this documentary. That’s all I know.”

Added Joe Walsh, “We’re going to reinvent, new show, new stage, new lights. Lots of video. It’s amazing what they can do now. And revisit some of the catalogue.”

Continued Frey, “It’s somewhat confounding, but people still want to see us play. It doesn’t seem to end for us. You’d think people would get tired of us. But you know, people haven’t. We haven’t played some shows for quite a while. It’s been pretty much a solo year this year, plus we were all working on different parts of The History Of The Eagles, but we went and played a show in Las Vegas about four weeks ago. It was after the DVD had played on Showtime, and the audience was rabid. I had to laugh, they were so into it and so committed. It seems we have this phenomenon we have to deal with. So we have to keep figuring out ways to keep it a little bit interesting for us, a little bit more interesting for them, change a few things here and there while still playing mopst of the songs we’re known for. It’s amazing people still want to see us.”

“It was great help that they still knew all the words,” added Joe Walsh.

Speaking about the possibility of playing Europe, Frey confirmed: “Were going to start in July in the United States in Canada, but Europe is definitely in our sights for 2014. I fully expect to see the Eagles here sometime in the next 15 months.”

The History Of The Eagles Part 1 screens at the Sundance London festival this weekend. You can find more details here. It is released on DVD on April 29.

You can read about the making of the Eagles’ Desperado album in this month’s Uncut, on sale now.