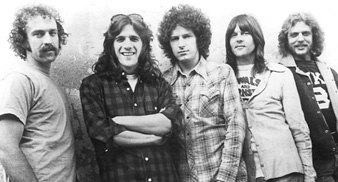 Legendary Cali country-rockers The Eagles are to put out a new studio album, almost 30 years since 1979’s “The Long Run”. “It’s coming out in 60-90 days, if we don’t kill each other first,” explains founding member Don Henley to Billboard magazine.

The studio album has been in production since 2003 and Henley has explained why it’s been taking its time. he said: “Some days it feels good. Some days it’s challenging. It’s exhilarating. It’s worrisome. It’s joyous. It’s all of these things. It’s a big mixed emotions kind of thing. It always has been. It’s no different from what it ever is. It’s just that there are more
distractions now with families and charities and lawsuits”.

Since the end of their extended sabbatical, the band have regularly played live gigs together and have released two live albums.

The new studio LP is tentatively titled “The Long Road To Eden” and band members include Henley, Glenn Frey, Joe Walsh and Timothy B Schmit. Walsh joined the group on guitar in 1976 as Bernie Leadon’s replacement and Schmit took over bass duties following the departure of Randy Meisner in 1977.

The Eagles were inducted into The Rock’N’Roll Hall Of Fame in 1998.