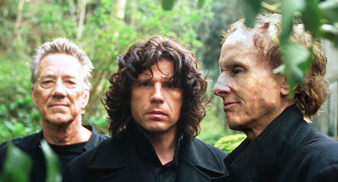 Riders On The Storm, the band featuring two original members of The Doors have recruited a new singer, Brett Scallions after the departure of The Cult‘s Ian Astbury last year.

Scallions, a former vocalist for rock band Fuel will join Ray Manzarek and Robby Krieger for his first live performance with them at London’s Kentish Town Forum on July 8.

Manzarek has said about the latest vocalist to join them: “Brett is on board and we are glad to have him, he has a great voice and a lot of charisma.”

Guitarist Krieger has added: “Jim Morrison can never be replaced, but this project has never been about that. It’s about giving a voice to the body of work we created with Jim in a live setting.”