The Charlatans To Frolic In Forest

The 'north country boys' announce gig in The Delamere 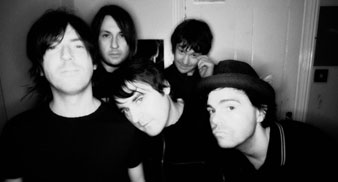 The Charlatans have announced details for special show this summer at Delamere Castle in Cheshire, as part of the The Forestry Commissions tour this summer.

The band, fronted by Tim Burgess, were formed in Northwich and this show which takes place on June 15 at Delamere Forest in Linmere, is being billed as a home-coming gig.

Booker for The Forestry Commission, Simon Hough, says: “We are delighted that The Charlatans are the first act to be confirmed, especially as they are local to the area.”

Last year, The Charlatans released “Forever-The Singles” featuring 16 of their Top 40 singles, including “The Only One I Know”, “One To Another”, “How High,” “North Country Boy” and recent remix-single “You’re So Pretty We’re So Pretty.”