The Black Keys, Arctic Monkeys, Pulp play on day one of Coachella festival

The Black Keys brought day one of this year's Coachella Valley Music and Arts Festival to close last night (April 13). The California event, which is running with the same three-day bill on two consecutive weekends this year, got off to a wet and windy start. 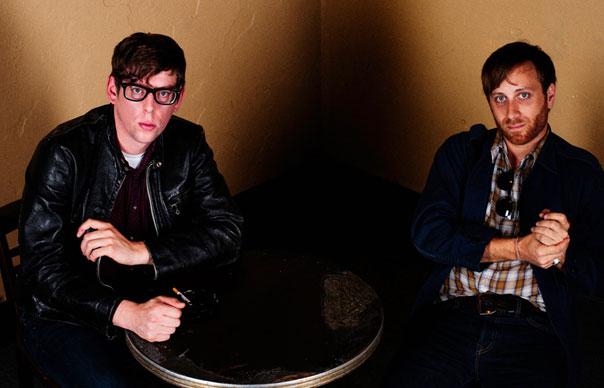 The Black Keys brought day one of this year’s Coachella Valley Music and Arts Festival to close last night (April 13).

The California event, which is running with the same three-day bill on two consecutive weekends this year, got off to a wet and windy start.

However, The Black Keys were undeterred by the adverse conditions, kicking off their headline Main Stage set with singles “Howlin’ For You” and “Next Girl”. Frontman Dan Auerbach later told the crowd he and drummer Patrick Carney were going to play “some oldies but goodies”, before launching into “Thickfreakness”, “I’ll Be Your Man” and “Your Touch”.

Earlier, Arctic Monkeys played a career-spanning early evening set, kicking off with “Brianstorm”. “The Arctic Monkeys really like Coachella, we’ve been trying to get back here since the last time we left,” frontman Alex Turner told the crowd – which included David Hasslehoff – before “Don’t Sit Down ‘Cause I’ve Moved Your Chair”.

The band also gave “A View From The Afternoon” and “I Bet That You Look Good On The Dancefloor” from their debut album an airing as well as “Florescent Adolescent”.

Finally the screens asked the crowd “Do You Remember The First Time?” before the band kicked off with the classic His ‘N’ Hers track. “There was an ugly rumour going around that it was all grey and miserable earlier on because two Sheffield bands were on,” said frontman Jarvis Cocker as he threw sweets and grapes – “for those of you on a diet” – into the front rows. He added that the band almost played Coachella last year, “but it didn’t work out” before a crowd-pleasing “Babies”.

Elsewhere at the festival, Frank Ocean sang to a packed out Gobi tent. His Odd Future bandmate Tyler, The Creator joined him onstage for “Analog 2”, leading to huge cheers from the audience, many whom were stuck outside the tent and unable to get in to watch the show.

In the afternoon, rain and heavy wind hit the festival site but didn’t put off reggae legend Jimmy Cliff, who, accompanied by Rancid’s Tim Armstrong, belted out his signature tune “Many Rivers To Cross”. Death Grips also played a frenetic show in the Gobi tent.