There was exciting news this morning about the release on September 10 of a new Bob Dylan album, which if you haven’t seen the official announcement is called Tempest. There was much talk of the record a few weeks ago, backstage at the Hop Farm Festival, where one or two people rather teasingly inferred they had heard it, or knew someone who had. 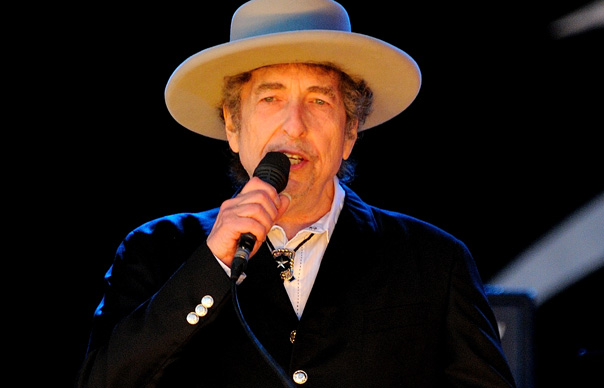 There was exciting news this morning about the release on September 10 of a new Bob Dylan album, which if you haven’t seen the official announcement is called Tempest. There was much talk of the record a few weeks ago, backstage at the Hop Farm Festival, where one or two people rather teasingly inferred they had heard it, or knew someone who had.

This could easily have been a lot of old bluff, of course, as until this morning the album didn’t officially exist. But if what we managed to glean about it (via red hot pliers, socks full of sand used as coshes, the kind of treatment that loosens tongues) is even half-way true, Tempest sounds like it may turn out be Dylan’s best album since at least Time Out Of Mind, a late-career peak, anyway, and maybe even better than that.

Needless to say, as soon as we are able, we’ll be bringing you more news on the album, including a track listing when we have one, and not long after that, I hope, details of what it actually sounds like.
As mentioned last week, I had been thinking about going to see Bruce Springsteen and Paul Simon at the weekend in Hyde Park. I chickened out in the end, put off by the continued bad weather, and thus missed Springsteen and special guest Paul McCartney, who a couple of years ago made a similar late appearance with Neil Young at the end of Neil’s Hard Rock calling set, on a version of “A Day In The Life”. On that occasion, however, the plugs weren’t pulled as they were on Saturday when Bruce and McCartney’s chummy duet was unceremoniously curtailed after the show overran.

Sad to read hear from some of the people who were there that there were a lot of complaints about the volume at both shows which was kept frustratingly low in deference to locals with sensitive hearing. Something similar afflicts events in Finsbury Park, where complaints from nearby residents have meant for some years that listening to even a band as normally loud as, say Gaslight Anthem, when they supported Dylan at last year’s Feis festival, was rather like straining to hear something being played on a transistor radio in a separate field, with the wind blowing in the opposite direction and the radio itself buried in a hole.

The most preposterous example I can think of, however, of a festival set being kyboshed by volume restraints was at Reading in 1995. I’d dragged the then-publisher of what used to be Melody Maker down to the very front of the stage where we stood under a towering PA stack and to my dumbstruck surprise were able carry on a normal conversation with no need to bellow, yell or otherwise raise our voices. I think we could have spoken to each other in conspiratorial whispers and still made ourselves heard. This was especially disconcerting as what I’d hauled the MM publisher out of the backstage bar to see was the only UK appearance that summer of Neil Young who was playing the festival with Pearl Jam as his backing band. Under most conceivable circumstances, this should have been a deafening combination.

And yet there we were, chatting away like we were having a casual chinwag over a garden fence about the price of creosote and crazy paving, while on the stage only a little to our left Neil and Pearl Jam were playing a version of “Cortez the Killer” whose comparative wispiness was akin to something by Laura Marling, when you might more reasonably have expected it to sound like the world coming to a noisy end.

Anyway, I have to dash – look at the time! Have a good week!