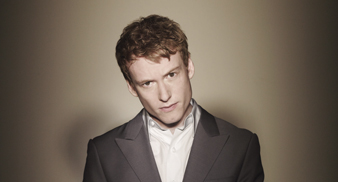 Teddy Thompson has announced a full UK and Ireland tour to take place throughout January and February next year.

The singer, who is currently just finishing up as support for James Blunt‘s tour, will hit the road at the Cork Opera House on January 17, winding up at London’s Shepherd’s Bush Empire on February 12.

Thompson will also have a single “The Things I Do” released at the same time as the shows (January 19), taken from his top ten charting album A Piece of What You Need’.