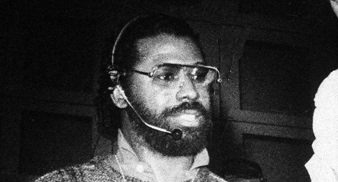 His son Teddy Pendergrass II confirmed the news, saying that his father died at Bryn Mawr Hospital in Philadelphia on Wednesday (January 13). His death follows a recent battle with colon cancer.

Pendergrass found success as singer with Harold Melvin And The Blue Notes before going solo in 1976, but a car crash in 1982 left the singer paralysed from the waist down. As a result, he didn’t play a full tour again until 2001 (though he did release numerous solo albums).

“To all his fans who loved his music, thank you,” he said, adding that his father “will live on through his music.”

Pendergrass is survived by his wife, his son, two daughters, his mother and nine grandchildren.