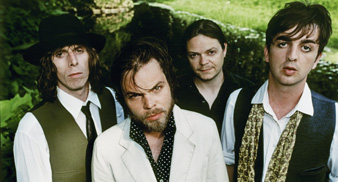 Supergrass bassist Mickey Quinn is in hospital following a horrific fall whilst sleepwalking, from a first floor window at a villa in France.

The bassist and singer for the group has been treated at a specialist spinal unit in Toulouse for two broken vertebrae and a smashed heel.

Frontman Gaz Coombes said, “We hope the crazy fool gets back on his feet as soon as possible. I’m sure he’ll make a full recovery; he’s a tough cookie”.

Supergrass had been taking a summer break after completing their sixth studio album, due for release in January.

Supergrass’ show at the Oxford Carling Academy on September 23 has been cancelled as a result of Quinn’s injury.

The Oxford show will be rescheduled although no date has been set. Ticket holders can apply to the vendor for a refund and will be given first refusal on tickets for the re-scheduled show.