Suede’s Brett Anderson: ‘Our next album will be damned’ 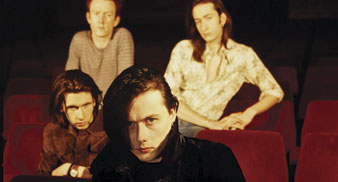 Suede singer Brett Anderson has admitted the band will be “damned” for recording a new album.

The frontman, who recently revealed the band would record a new album as soon as he finishes promotional duties on his new solo album ‘Black Rainbows’, told the Daily Star that fans will always criticise a future record no matter what happens.

“There are people who will inevitably say it sounds too much like we did in the 90s, others who will say it’s too modern,” he said. “We’re damned both ways. We just have to make a record we think is great and can be proud of.”

Following a series of gigs last year, Anderson said over the summer it was important the band move forward rather than just continue to “play the same set from the 90s year after year”.

“We’re going to give it a go,” he now added. “It would have to be as exciting and challenging as making a solo record for me, but we will dip our toes in the water.”