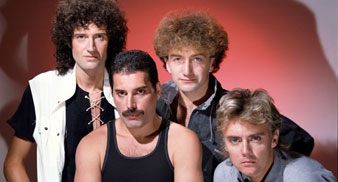 A tribute to late Queen singer Freddie Mercury in his birthplace of Zanzibar has come under threat from a Muslim group.

The singer would have been 60 tomorrow (September 5) and a beach party to mark the occasion is planned on the island for this Saturday (9).

However, a Muslim group on the island has objected, saying that Mercury’s openly gay lifestyle violated Islam, and has called for the event to be cancelled.

Abdullah Said Ali, head of the Association for Islamic Mobilisation and Propagation (Uamsho) told BBC News: “We do not want to give our young generation the idea that homosexuals are accepted in Zanzibar. We have a religious obligation to protect morals in society and anyone who corrupts Islamic morals should be stopped.”

Though Zanzibar’s Ministry of Culture has said it is unaware of the issue, Uamsho has threatened to hold demonstrations if the party goes ahead and, as expected, attracts gay tourists from all around the world,

Mercury was born Farrokh Bulsara to Persian parents on September 4 1946, though it is not believed he ever returned to his birthplace.