Stephen Malkmus on The Jicks: “It’s probably a more adult relationship than Pavement” 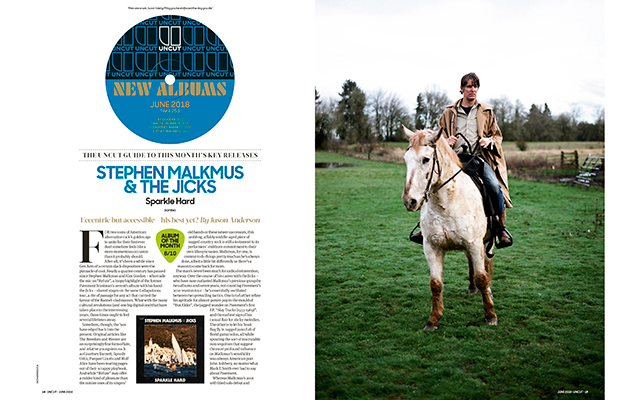 Stephen Malkmus & The Jicks’ excellent new album Sparkle Hard is reviewed at length in the current issue of Uncut – on sale now – alongside an illuminating interview with Malkmus himself, in which he considers the difference between The Jicks and Pavement.

“It’s a more adult relationship probably now than it was in Pavement,” he says. “We were in our early twenties then and we burned the candle at both ends.”

Malkmus went on to pour cold water on the recent Pavement 30th anniversary reunion rumours: “I was a little bit surprised people were asking me about it. I didn’t say anything about it and I haven’t heard anything about it… It’s obviously nice to know people are psyched about the concept – I just haven’t thought about it that much. I don’t feel like I’m the person to ask somehow.”

Instead he went on to sing the praises of Kim Gordon, who trades verses with Malkmus on Sparkle Hard highlight “Refute”: “I wasn’t necessarily sure a country song was right for her but she was really up for it. I’m really grateful. She is an iconic person, for sure.”

Hear “Refute” below and read more of our Stephen Malkmus interview in the current issue of Uncut.