Stephen Malkmus And The Jicks To Tour! 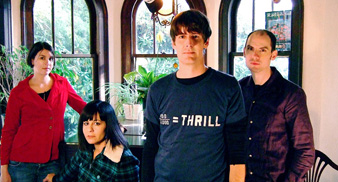 Stephen Malkmus and his backing band The Jicks are to play four dates in the UK and Ireland this June.

Following the release of the their forthcoming new studio album ‘Real Emotional Trash’ on March 3, Malkmus & The Jicks will plays dates in London, Manchester, Glasgow and Dublin.

The last time the band played in the UK, it was headlining The Green Man Festival for a one-off date last summer. They previewed several of the tracks that appear on Malkmus’ upcoming fourth solo album since disbanding Pavement.

For more on Pavement, see the latest April issue of UNCUT on sale now for a feature on their story of being one of the most influential American bands of the 90s.