Spiritualized, The Gossip, Bat For Lashes To Headline Uncut Arena! 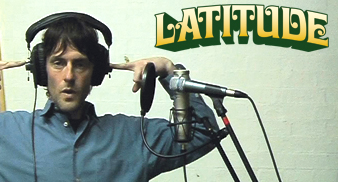 Spiritualized, The Gossip and Bat For Lashes have been announced to headline the UNCUT Arena at this year’s Latitude Festival, which takes place from July 16 – 19, in the stunning location of Southwold in Suffolk.

Natasha Khan aka Bat For Lashes returns to perform at the festival after a deliciously crepuscularly ambient performance on the Obelisk stage in 2007. With a new album, ‘Two Suns’ which further develops on her inspirations of Bjork and Kate Bush, Bat For Lashes headline slot on Friday July 17 will definitely be the place to be.

Jason Pierce fronted Spiritualized will take over to headline the impressive structured Uncut Arena tent on Saturday night (July 18). The man who brought us ‘Ladies and Gentlemen We Are Floating In Space’ 12 years ago has continually experimented with sound, and mixes gospel with fuzzed-up guitars.

Uncut’s Sunday night (July 19) headliners are The Gossip, the Arkansas trio who have reaped huge acclaim for their boistrous live shows, fronted by the heady icon Beth Ditto. The show will certainly bring Uncut’s Latitude Festival billing to an explosive culmination.

As well as the headliners, two further acts have been confirmed so far; one being the legendary and hugely influential Magazine. All original members (barring the deceased John McGeoch) led by Howard Devoto will perform songs from their punk and new-wave canon.

Also playing will be acoustic singer songwriter Newton Faulkner, who topped the album charts in 2007 with ‘Hand Built By Robots’. Faulkner will bring his blues guitar and material from his forthcoming second album to Henham Park this July.

All the new additions to the Latitude line-up join the previously announced Obelisk Arena headliners Pet Shop Boys, Grace Jones and Nick Cave & The Bad Seeds, as well as Doves and Editors.

As every year, Latitude will be announcing an eclectic line-up for the myriad of stages at the festival. Stay tuned to Uncut’s Latitude Festival blog for details in the run-up to the Summer’s premiere festival event.

Tickets and site info are available from the Latitude website here: www.latitudefestival.co.uk