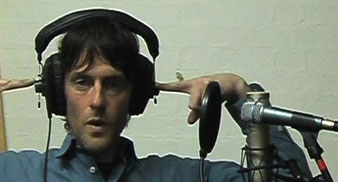 Jason Pierce has announced that he will be performing more of his Spiritualized – “Acoustic Mainline” shows, this April.

The dates follow on from last autumn’s sold-out tour, when the front man first played a combination of his musical back catalogue, reworked.

Jason Pierce has also resumed work mixing the follow-up to the hugely successful Top 5 album, ‘Amazing Grace’, which was postponed last year due to serious illness.

The new album, now due for release in 2007, is described by J Spaceman as being “the work of the devil……with a little guidance from me.”

Pierce’s acoustic ensemble will also be appearing as special guests to Massive Attack on their sold out shows on February 6, 7 and 8. These shows are in support of the Hoping Foundation for Palestinian children.

You can catch Pierce and friends, at the following headline venues in April:

For more information about the new album and tour, click here to go to Spiritualized.com

Plus, click here to find out more about the Hoping Foundation