Their 16th album The Eternal is released in June 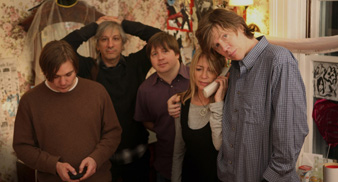 Sonic Youth will release their 16th studio album on June 9 through Matador records.

“It has compact, melodic, high-energy, Detroit punk-rock songs on it,” frontman Thurston Moore told US magazine Blender. After nearly 20 years on Geffen, the band wanted to give independent label Matador their version of a classic rock and roll record. “I’ve been waiting, waiting for our contract to be up,” said Moore, “I want to make our most killer rock and roll album.”

The tracklisting for The Eternal will be:

Matador will shortly announce a Buy Early Get Now opportunity for the album with added bonus material.