The man who wrote ‘Daydream Believer’ passes away 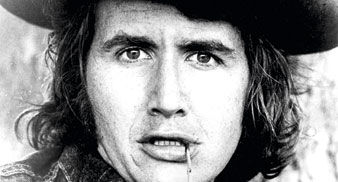 Stewart died from a large stroke or brain aneurysm after collapsing in his San Diego hotel room.

Most famous for composing one of The Monkees’ most famous songs “Daydream Believer”, Stewart had a long career as a solo artist and with his early folk group The Kingston Trio.

Stewart was a member of the Trio from 1961 until 1967, when he began his solo career while writing songs for other artists, including The Monkees, Joan Baez, Rosanne Cash and Nanci Griffith – it’s estimated that he wrote more than 600 songs throughout his career.

Stewart suffered a number of minor strokes and was diagnosed with Alzheimer’s disease in his later years, although this has only just been disclosed.

His wife, folk singer Buffy Lord, is expected to announce plans for a memorial to the singer.