Songs To Be Available Copy Protection Free On iTunes 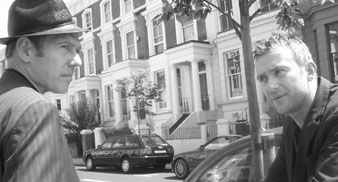 The landmark announcement has come about as Steve Jobs, CEO of Apple has argued that Digital Rights Management, as it is known, has done very little to stop music being pirated across the MP3 platform.

Jobs said that selling music this way “is the right step for the music industry.”

EMI Music, the world’s third biggest record company, is to start making DRM-free superior quality downloads available across its entire digital back catalogue, which includes multi-million selling artists such as Madonna and Coldplay.

Also confirmed is that Apple’s iTunes Store will be the first online music store – currently the biggest site in the world- to sell EMI’s new DRM-free tracks.

A special live performance was given by the Damon Albarn fronted super-group The Good, The Bad And The Queen to celebrate the new deal.

The group which also features The Clash’s Paul Simonon, performed their singles, “Herculean” and “Green Fields.”

It remains to be sen if the other three major record companies – SonyBMG, Warner Music and Universal will now be forced to follow suit and offer their own catalogues DRM-free.