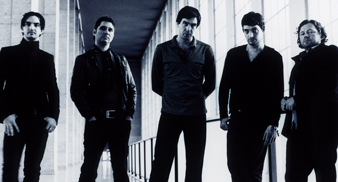 The band, whose fifth studio album A Hundred Million Suns was released last week, charting at number 5 this week, will now play extra shows at Dublin’s O2 on March 3, London’s O2 on March 15 and Belfast Odyssey on March 20.

Snow Patrol also confirm that the second single from the new LP will be “Crack The Shutters” and will be released on December 15.

You can a clip of the band, rehearsing the song in the studio here: