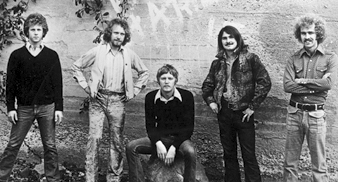 Uncut is deeply saddened to learn of the death of the Flying Burrito
Brother’s pioneering pedal-steel maestro in a Californian nursing home on
January 6. He was 72 and had been ill with Alzheimer’s Disease.

Sneaky Pete Kleinow was a pioneer of the fusion of country and rock which Gram Parsons dubbed ‘Cosmic American Music.’ He took the pedal steel guitar – an instrument previously associated with lachrymose redneck
ballads and hackneyed swing records – and applied it for the first time in
a rock’n’roll context. His versatile playing, heard to potent effect on
the Flying Burrito Brothers’ 1969 masterpiece, The Gilded Palace Of Sin,
sent ripples throughout the rock world that are still being felt today.

Suddenly, everybody wanted a pedal steel: Jerry Garcia and Jimmy Page
experimented with the instrument on albums by the Grateful Dead and Led
Zeppelin, while Sneaky Pete’s own skills adorned recordings by the likes of
Joe Cocker, Delaney & Bonnie, Little Feat, John Lennon, Frank Zappa, Stevie Wonder and Jackson Browne among others. Unknown to many fans of his music, he also enjoyed a highly successful parallel career as a special effects animator, working on such films as The Empire Strikes Back, The Right Stuff, Gremlins, and Terminator I and II.

Born on August 20, 1934, in South Bend, Indiana, he began playing the steel guitar at the age of 17 but spent the first decade of his working life as a maintenance man for the Michigan State Highway Department. In 1963, he relocated to Los Angeles to take a day job as an animator in films and television. His nights, however, were spent in the city’s clubs, sitting in with country bands from the nearby Bakersfield scene. Spotted by Parsons and Chris Hillman in early 1968, he was invited to help them reinforce The Byrds’ country leanings.

In the event, the band’s internal politics meant that he never became a fully-fledged member, although he played club dates as a sideman. However, when Hillman and Parsons left to form The Flying Burrito Brothers, Kleinow became a founder member. He stayed with the Burritos until 1971, appearing on the band’s first three LPs. Three years later he helped to reform them with a different line-up and was a mainstay until the early 1980s. He subsequently participated in a number of Burritos reunions, in addition to releasing several solo LPs and working prolifically as an in-demand session man.

He fell ill with Alzheimer’s Disease in 2006 and spent the last six months
of his life in a care home.