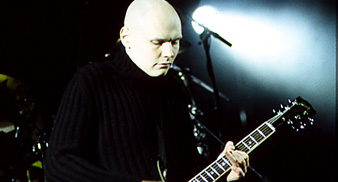 The annual Carling Weekend festival line-up has been revealed, and it’s a good year for rock.

The long running three-day festival takes place at twin sites of Reading and Leeds on the Bank Holiday weekend of August 24 -26.

Veterans US rock band The Red Hot Chili Peppers will headline Reading on Aug 25 and Leeds on Aug 26, these two appearances will be the California based band’s only UK festival shows. The group played a series of shows in the UK late last year, selling out the mammoth Earl’s Court for four nights.

A newly reformed and revived Smashing Pumpkins will also headline the Carling Weekend, Leeds on Aug 24 and Reading on Aug 26. Iconic front man Billy Corgan and original drummer Jimmy Chamberlain have been in the studio working on a new album and will play from their vast catalogue of Pumpkins hits. These dates are also the only UK shows they will perform.

Klaxons, LCD Soundsystem, CSS and The Twang are also set to play.

Tickets for the weekend including camping cost £145 and are on sale now.
Day tickets are £62.50

More information about the Reading Festival is available here

More information about the Leeds festival is available here