Get the funk ready for one UK seaside show 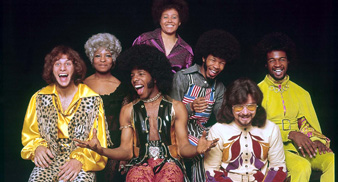 Sly Stone is to join the Family Stone for their first European tour in over twenty years.

The funk group are to play a one-off date in the UK – at the unlikely venue of The Opera House in Bournemouth on England’s South Coast.

The show on July 28 will be Sly’s first show with the family in Britain since 1987.

The reclusive musical genius has made very few appearances in the last few years, though he did join the group for a very short performance at last year’s Grammy Awards.

See Sly at the following events and shows this July:

Tickets for all venues are on sale now.