"We asked her to stay. We tried. It's hard and sad" 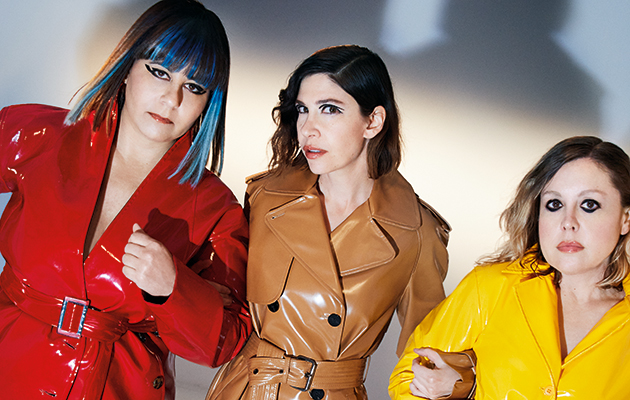 Two weeks ago, we reported the shock news that drummer Janet Weiss had quit Sleater-Kinney on the eve of the release of their new album The Center Won’t Hold.

“We are saddened by Janet’s decision to leave Sleater-Kinney,” read the band’s official statement at the time. “It has been an incredible privilege to work with such a talented musician and drummer over the course of so many albums… We wish Janet all the best as she starts a new chapter in her life.”

Now, in response to a fan question on Instagram, singer/guitarist Carrie Brownstein has provided a more personal perspective on Weiss’ departure:

“She left. We asked her to stay. We tried. It’s hard and sad… She’s left us with a job to do, a job we also expected and wanted her to be a part of. Her playing on this record is amazing and she’s raved about this album to us and to Annie. But we have to keep looking to the future. Things change, even when those changes are hard and unexpected. Four amazing women worked on this record and we are going to honor that work. So, what’s up? The usual….Women picking up the pieces when someone quits, because we have to and want to. We’re going to keep going because we believe in ourselves and it’s a privilege to get to play music for people. It’s a new chapter. And all artistic entities have many chapters, if they’re lucky. Either the music will resonate or it won’t.”

The Center Won’t Hold is released by Mom + Pop on August 16. You can read an in-depth review, plus an interview with the band, in the new issue of Uncut – in UK shops tomorrow (July 18) or available to order online by clicking here.