Sleater-Kinney have played their first gig in nine years, in Spokane, Washington. 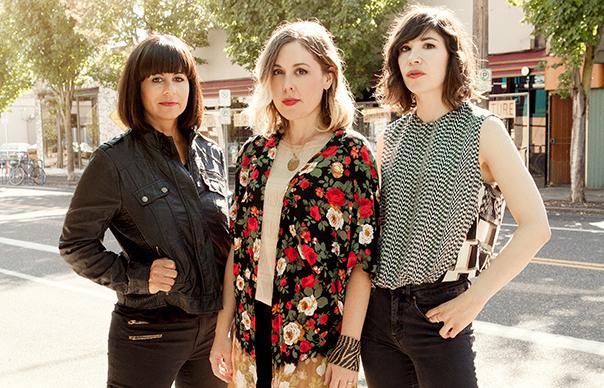 Sleater-Kinney have played their first gig in nine years, in Spokane, Washington.

The band started their run of comeback dates at the Knitting Factory venue on February 8, and were joined by Katie Harkin of the Leeds band Sky Larkin on back-up guitar and keys. Sleater-Kinney played a 23-song set, opening with ‘Price Tag’, the first track on their new album, No Cities To Love.

‘No Cities To Love’ was released on January 19. The band will tour America this month and also play the 6 Music Festival in Tyneside on February 20, before touring Europe in March, taking in London, Manchester and Glasgow. See below for full tour dates.

Sleater-Kinney released seven albums between 1995 and 2005 with their self-titled debut album being followed by Call The Doctor, Dig Me Out, The Hot Rock, All Hands On The Bad One and One Beat. The band’s most recent album before No Cities To Love was The Woods, which was released in 2005.