Her ninth LP will also be supported with a 2012 tour 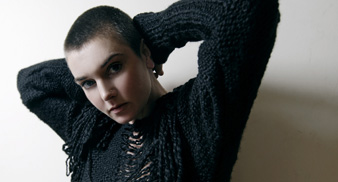 The Irish singer songwriter will release the follow up to 2007’s ‘Theology’ on the One Little Indian label. The album will feature a cover version of John Grant‘s ‘Queen of Denmark’ as well as brand new material, reports Rolling Stone.

Last week the singer tied the knot with Barry Herridge in the back of a pink Cadillac at the Little White Wedding Chapel, Las Vegas, on the same day as her 45th birthday (December 8). The ceremony only lasted ten minutes before the couple lit candles and employees at the church sang ‘Happy Birthday’ to the bride, reported the Daily Mirror.

O’Connor has been married three times before – to producer John Reynolds, journalist Nicholas Sommerlad and to Steve Cooney, whom she divorced earlier this year.