The Irish singer was one of the artists featured on the charity single... 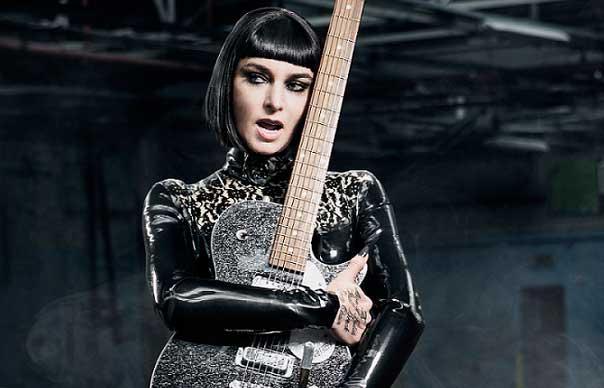 Sinéad O’Connor has stated that critics of Band Aid 30 should “shut the fuck up”.

The singer was responding to a recent slew of criticisms posed by musicians including Damon Albarn, Lily Allen and Emeli Sande who have proposed that the song – which is raising money for the ebola crisis – is everything from “smug” to damaging the public perception of Africa.

Allen has openly labeled the initiative “smug”, while Albarn called into question Western ideas of charity.

Now, O’Connor – who sings on the track – has responded, supporting the cause. “I think everyone should shut the fuck up. If you didn’t like the lyrics you shouldn’t have agreed to sing the song,” she told The Telegraph. “I think it’s smug of Lily Allen to say it’s smug. The assumption that anyone performing on the record has not privately given money is exactly that, an assumption. And who gives a fuck what Damon fucking Albarn thinks?”

The track has sold over 300,000 copies since its release last week and went straight to Number One last weekend (November 23).

Geldof also recently requested that people delete and download the track again in an attempt to further the fundraising effort, however a loophole in the iTunes system means that this would not actually raise any further money.